Welcome to PNC Arena and Carter-Finley Stadium! Located across the street from one another, these buildings are home to beloved sports teams. NC State University’s football team has called Carter-Finley home since 1966. You’re likely to hear the howl of the Wolfpack on game days throughout the fall. Across the street at PNC Arena, you’ll find the home of the NHL’s Carolina Hurricanes that also serves as a popular entertainment venue. Down the road from PNC Arena you can find the North Carolina State Fairgrounds. The most notable event held here is the yearly State Fair. Also located on the grounds is Dorton Arena. This uniquely shaped historical building hosts a variety of large events each year, including concerts and the circus. Make sure to stroll through this area, join the fans in cheering on a game and take advantage of the different events offered.

Hear the roar of the crowd from sporting events and concerts at PNC Arena. This impressive structure hosts more than 150 events and 1.5 million guests every year. At a whopping 700,000 square feet, construction began for the Arena in 1997 and first opened in October 1999.

Home of the 2006 Stanley Cup Champions, the Carolina Hurricanes, and NC State University’s Men’s Basketball, this building has no shortage of spectator events. 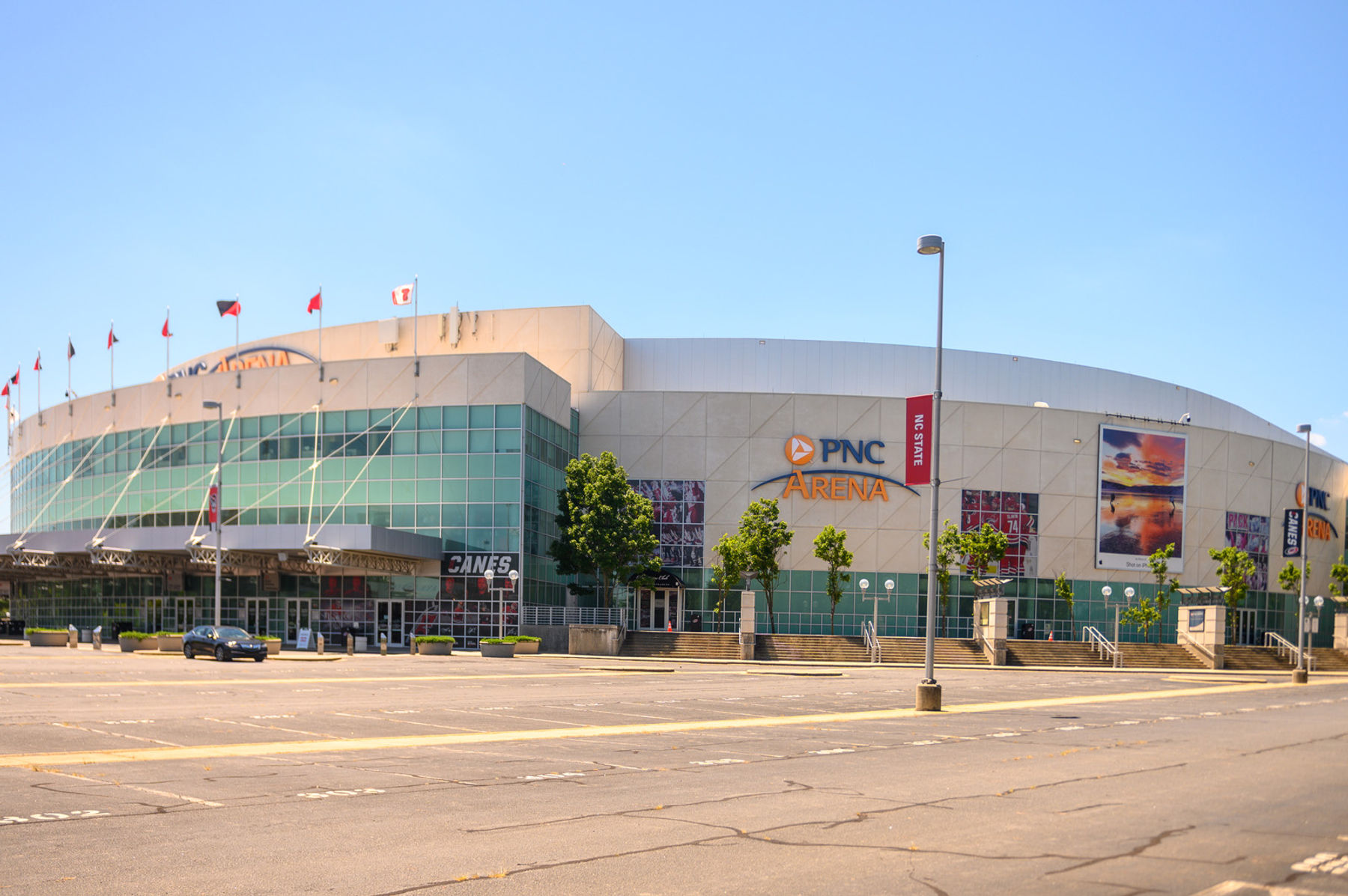 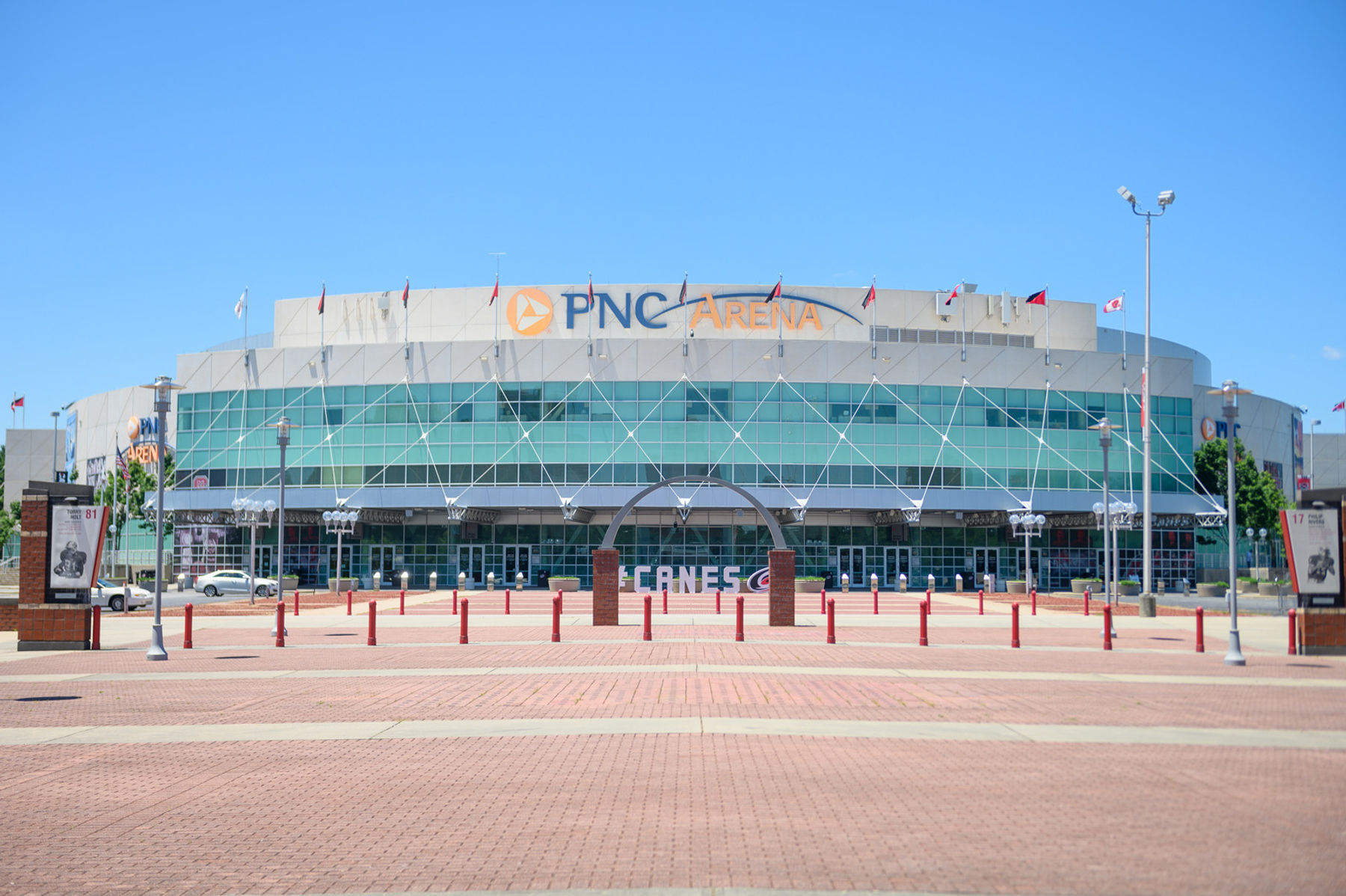 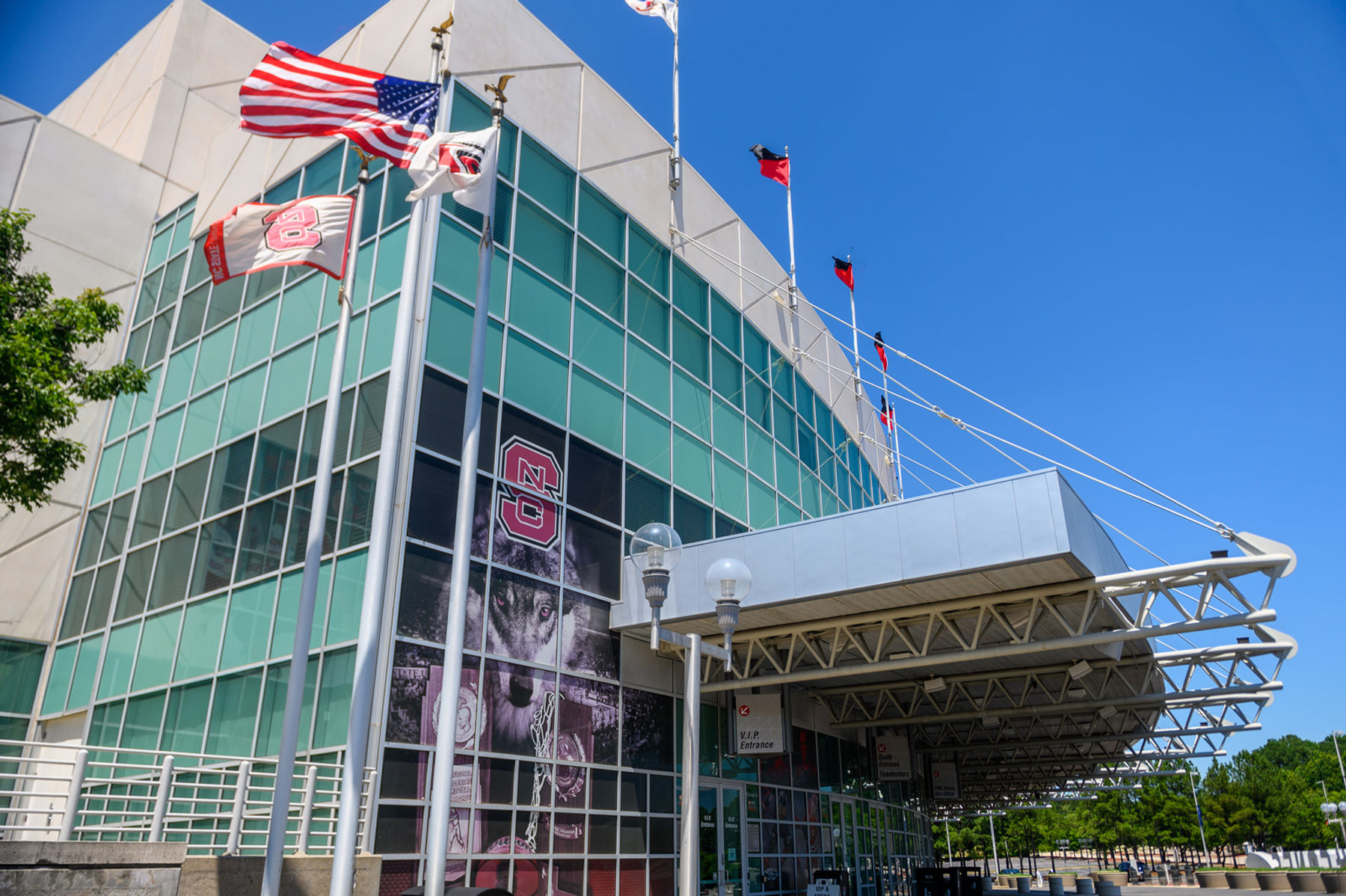 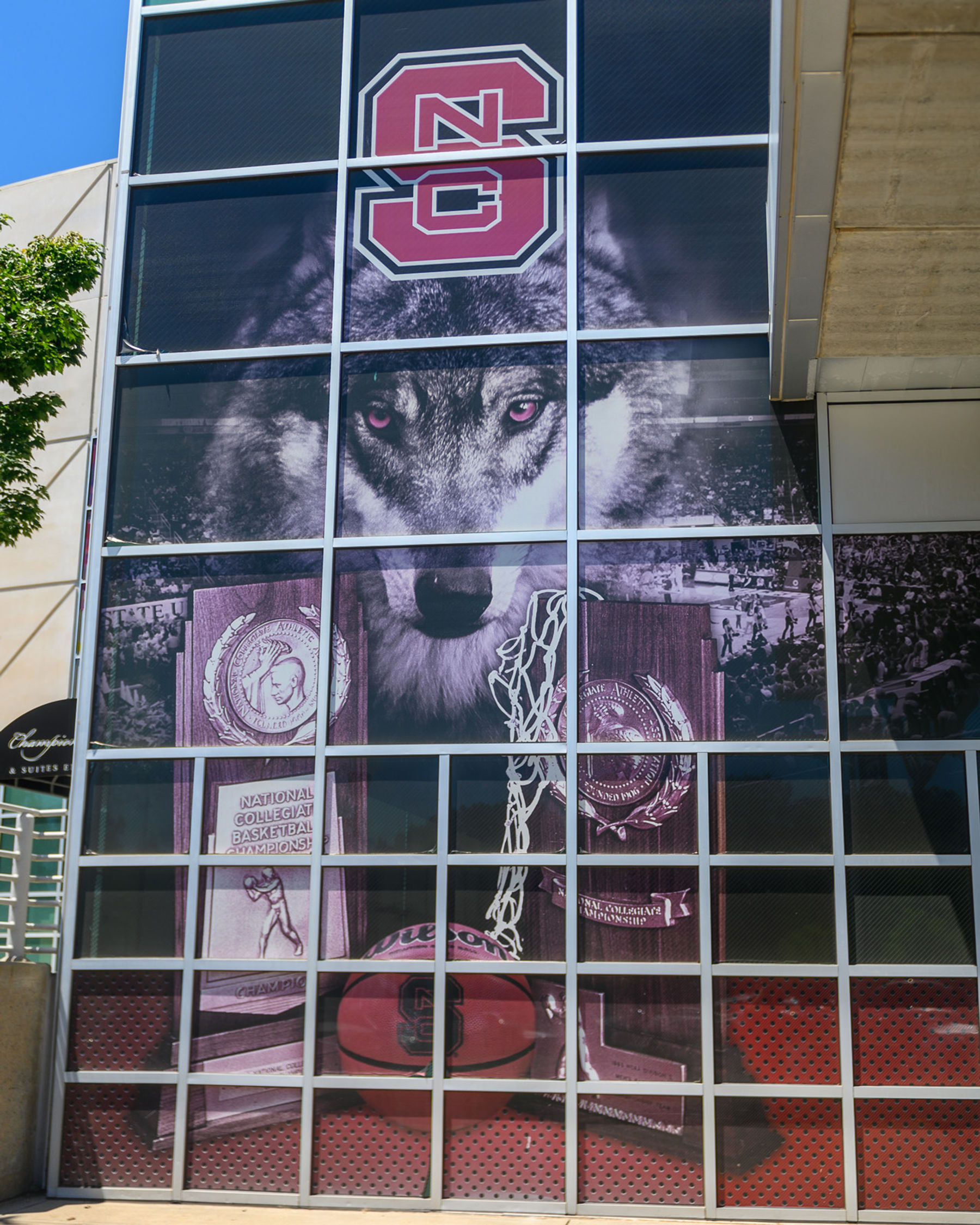 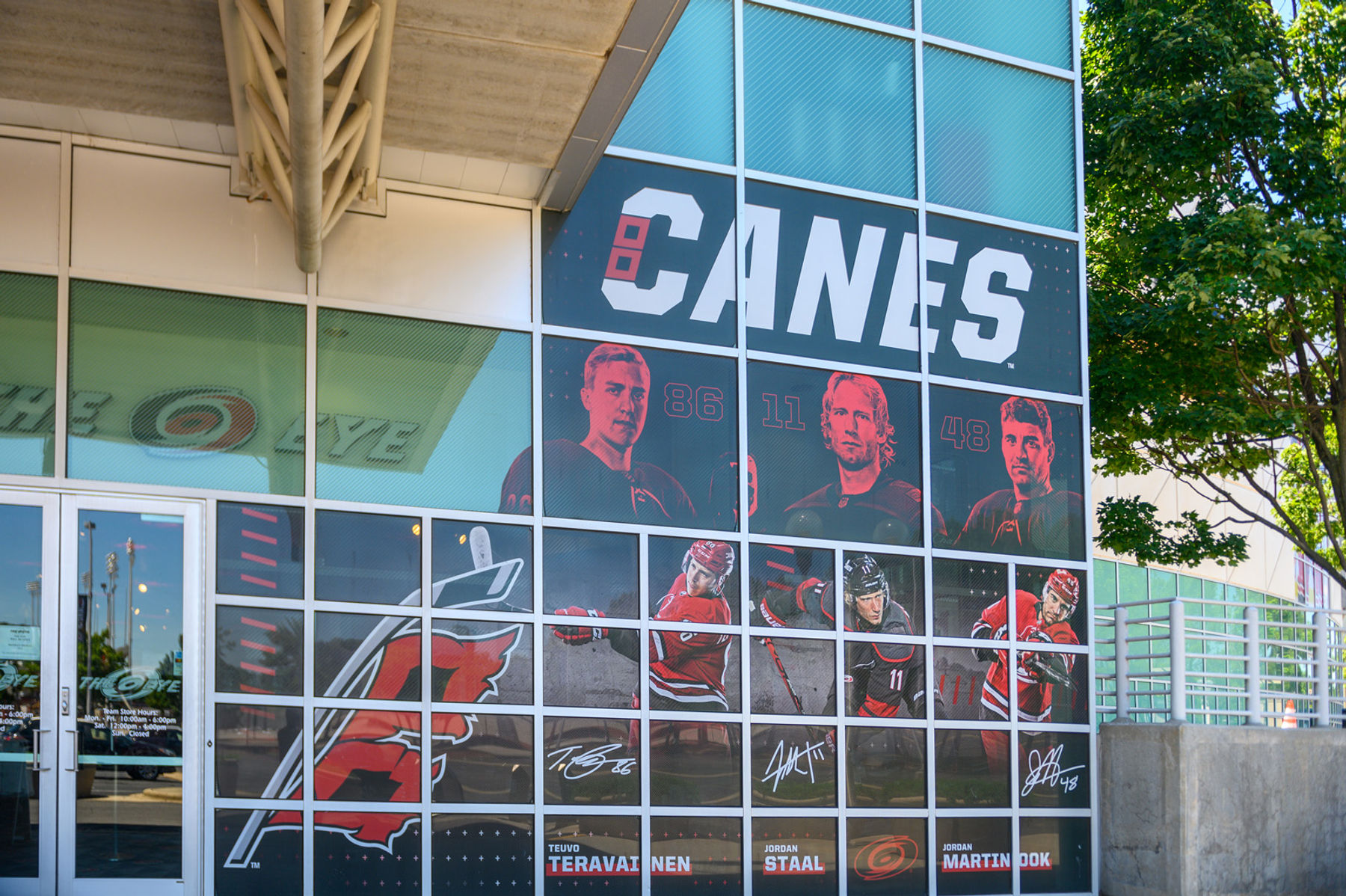 Featured Art at this Location